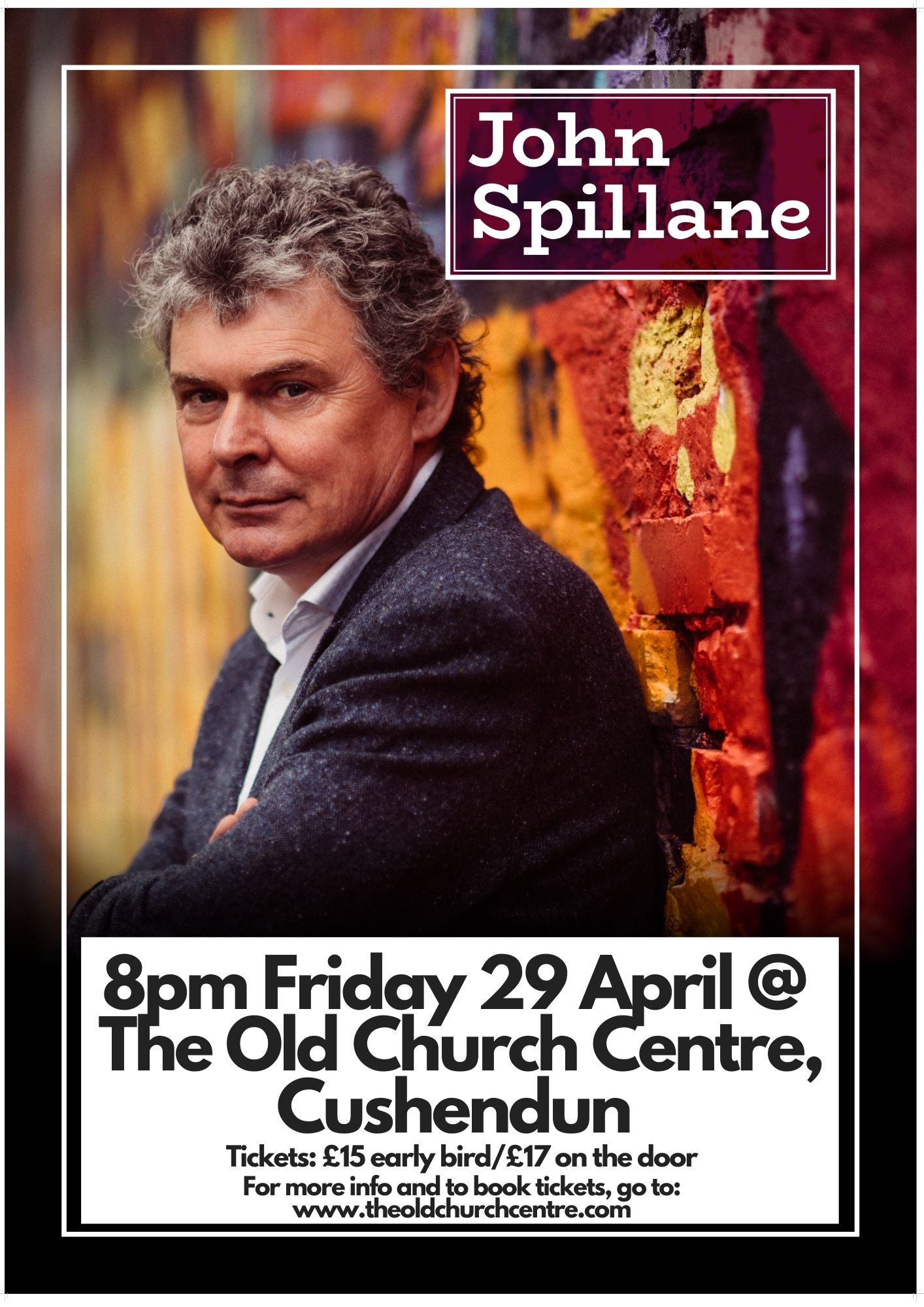 Kickstarting the Big Arts Weekend of 2022, the Old Church Centre is delighted to welcome John Spillane to Cushendun for a night of music and songs.

John Spillane is a musician, songwriter, performer, recording artist, storyteller, poet and dreamer. Rooted in people, place and
story, his music transports the listener and his live performances captivate audiences around the world. His music appeals to listeners across many genres and generations. His vocal style has a unique almost sean-nós like quality and his performances shimmer with the magic realism that permeates many of his songs as he effortlessly flits from beautiful poetry
tinged with melancholy to roguish, irreverent humour. With an extensive back catalogue beginning with the 1997 album The
Wells of the World, his songs have been covered by Christy Moore, Sharon Shannon, Sean Keane and many others. Twelve
albums later, John released his first independent album in 20 years in April 2021; 100 Snow White Horses. Recorded in London with Pauline Scanlon and produced by John Reynolds, the album is inspired by John’s travels around Ireland.