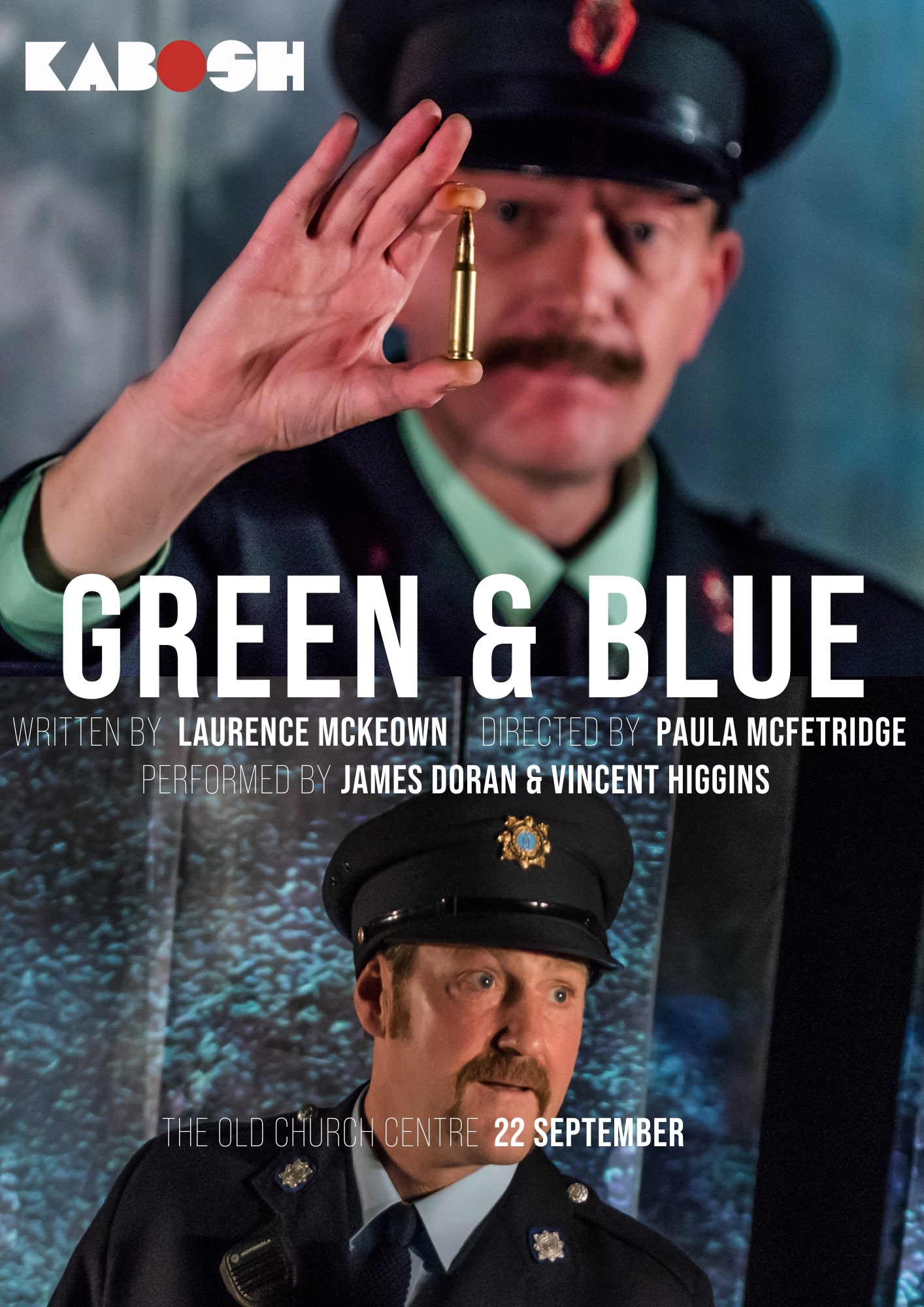 The award-winning Green & Blue explores the painful and humorous realities faced by the individuals who patrolled the border during the height of the conflict.

An officer from the Royal Ulster Constabulary in his green uniform and Eddie from An Garda Síochána, resplendent in blue, communicate via crackly radios until an explosive incident forces them to meet across a field only farmers know the location of.

Focusing on what it’s like to be hunted when you’re protecting a man-made line on the ground, the play looks at the societal and human cost of borders.

Green & Blue is based on real-life interviews with former serving officers.

“**** – profound and politically charged’  The Stage

‘In its supremely quiet way, it represents an indictment of the current situation so searing that it’s difficult not to weep’ – The Scotsman 4* review

Run Time:
Approx 1 hour performance with a facilitated discussion after each show (30 mins)