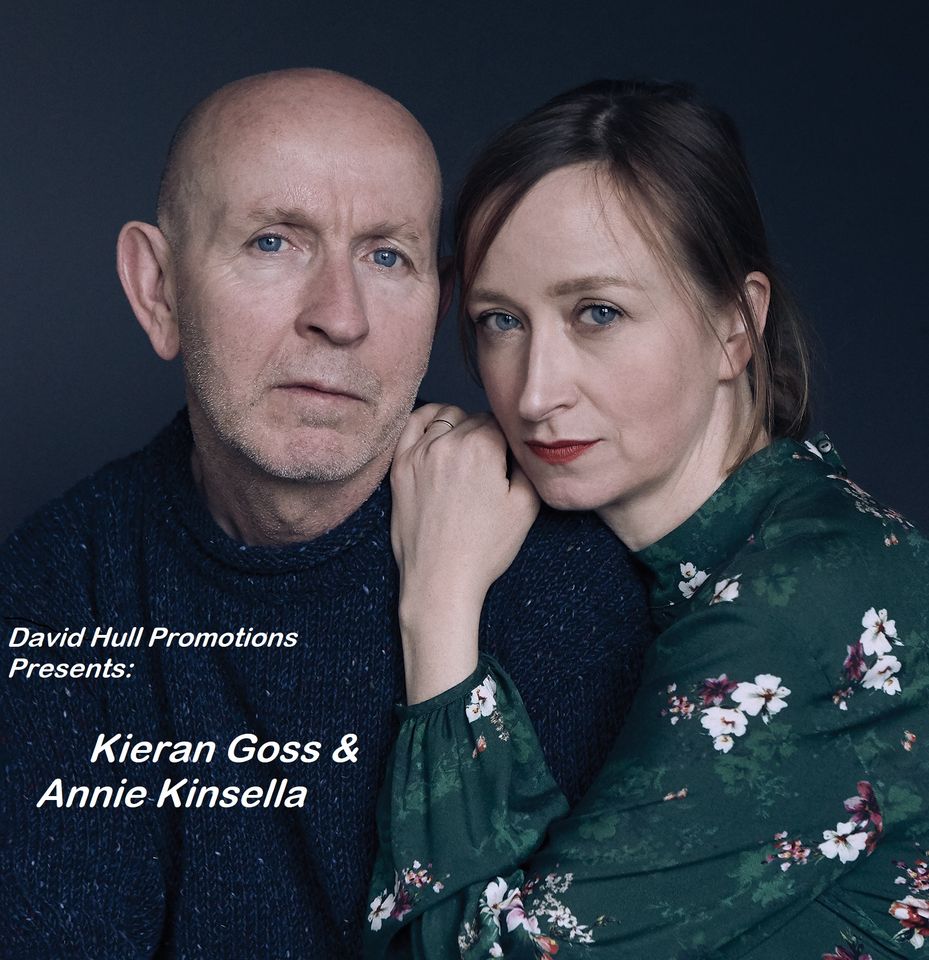 Irish singer songwriter Kieran Goss and singer Annie Kinsella will be touring their debut duo album: ‘Oh, the Starlings’.Goss has long been considered one of Ireland’s greatest songwriters. Together with singer and artist Annie Kinsella, who has joined him onstage on his recent tours, they have enchanted audiences with their live performances and won rave reviews.

Recorded in New York in with eight time Grammy winning engineer Kevin Killen at the helm (David Bowie, Peter Gabriel, U2, Elvis Costello), Oh, The Starlings has been described by songwriter Rodney Crowell as : ‘So good, it¹s heartbreaking… The record itself feels like an old friend.’
With songs, stories and harmonies that transport the listener to another world, this is music from the heart, for the heart… A show to make you laugh and cry… A show to move you with its honest beauty… A show not to be missed.

Time Out magazine wrote:‘Individually they are both talented singers but when they sing together, the audience are enchanted…. The harmonies, the chemistry…. Simply mesmerising’